You are here: Home / Archives for Master of the (Ayreon) Universe 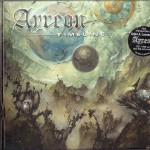 TIMELINE follows the thirteen-year evolution of the Ayreon sound from the 1995 debut The Final Experiment to the release of 01011001 in 2008. Its 3 CDs contain 32 essential Ayreon tracks plus one brand new song recorded especially for this release — almost 4 hours of music! The DVD features nearly two hours of selected END_OF_DOCUMENT_TOKEN_TO_BE_REPLACED 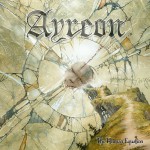 Story A man lies comatose in hospital after a terrible car accident. The accident was bizarre: it happened in broad daylight with no other cars in sight. The man’s wife and his best friend are keeping a bedside vigil, trying to understand how the accident happened, and hoping for any sign of recovery. Unable to END_OF_DOCUMENT_TOKEN_TO_BE_REPLACED 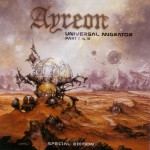 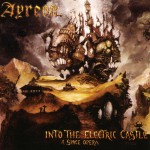 The third Ayreon release is a 100+ minute double CD and like ‘The Final Experiment’ it tells a story. Eight stereotypical characters from different eras in time suddenly find themselves in another dimension as subjects of an experiment conducted by an alien race. The characters on ‘Into the Electric Castle’ (1998) are blown out of END_OF_DOCUMENT_TOKEN_TO_BE_REPLACED 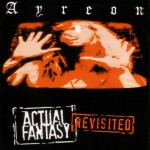 Originally released in 1996 on the Transmission label, Actual Fantasy is the second album in Arjen’s Ayreon project. Instead of having a continuous story with a beginning and an end, the the individual songs are based on fantasy and sci-fi movies, or on stories Arjen wrote himself. The first ten thousand copies of Actual Fantasy END_OF_DOCUMENT_TOKEN_TO_BE_REPLACED