You are here: Home / News / Actual Fantasy and Final Experiment now on vinyl

Earlier this year we announced that Ayreon had been signed by Mascot Label Group and its label Music Theories Recordings. After re-releasing the Ayreon catalogue on various digital platforms in April, Arjen’s first two Ayreon albums, The Final Experiment and Actual Fantasy: Revisited will see their first-ever vinyl release on August 26, 2016.

Of course, there will be regular double black vinyls of The Final Experiment and Actual Fantasy: Revisited, but that’s just the beginning. Mascot is also releasing a full-on, deluxe boxset extravanganza!

Both albums will be released in an exclusive, limited hardcover box set, on marble colored vinyl. A postcard (signed by Arjen) and newly created posters will be added to every pre-order as well.

And did we mention that the bonus content will only be available on vinyl in these limited edition boxes? This is your only chance to get the semi-acoustic tracks from The Final Experiment and the original Actual Fantasy on vinyl!

We also made a special, limited edition t-shirt that’s bundled with the Deluxe box sets. Of course you can order it with the regular vinyls too. 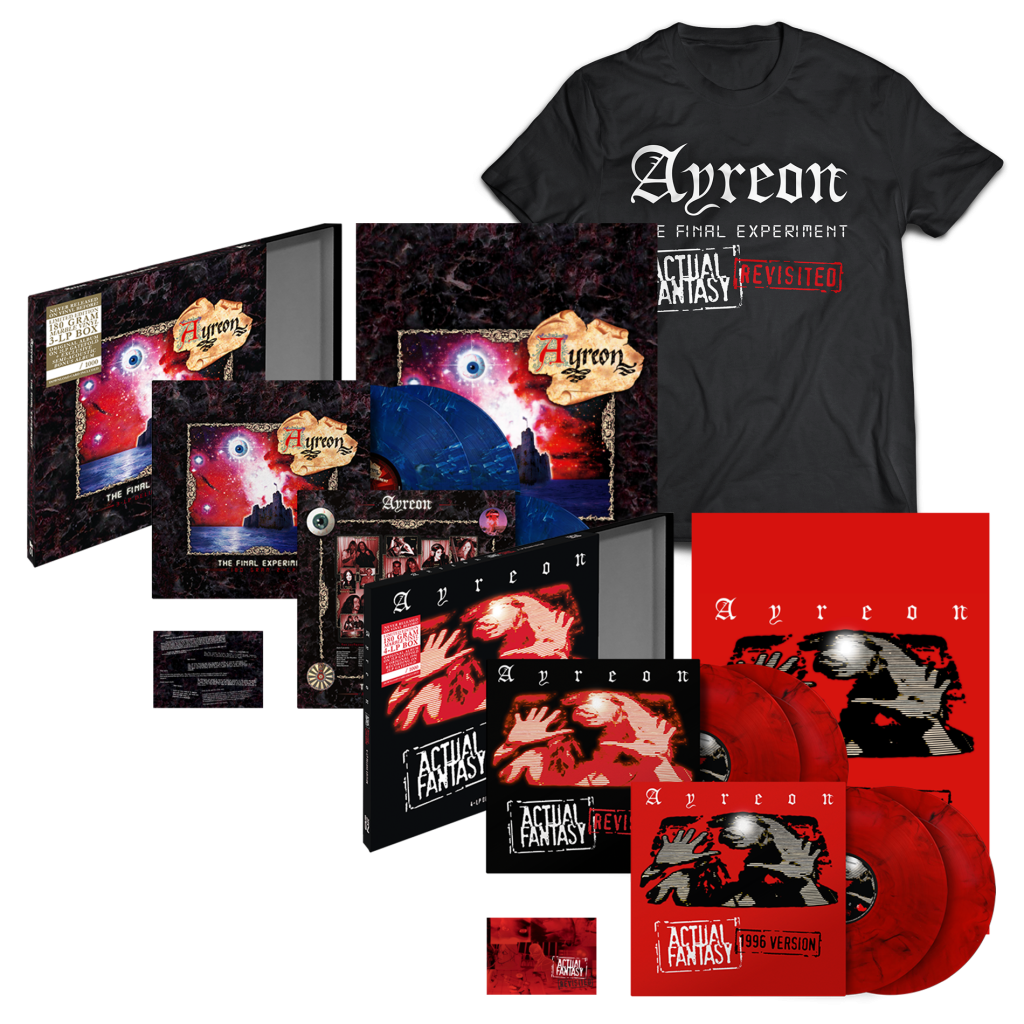