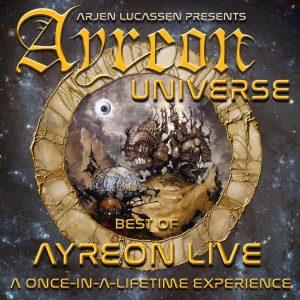 We’ve been plotting, planning, and scheming to put this show together for full year already. It’s been excruciating to keep the secret, and it’s a huge relief to finally be able to share the news with you.

The show, called Ayreon Universe, has its own dedicated website here, where you can read all the details. But here’s a brief summary of the main points:

The Ayreon Universe live shows will feature songs from all Ayreon albums (incl. from the upcoming release on Mascot Label Group), plus a few fan favorites from Star One.

The show is being organized by Arjen personally, assisted by Joost van den Broek, whom you know from his appearances on Ayreon and Star One, as well as his involvement with many other musical projects.

The two masterminds have worked hard to set up an amazing line up for the show. Check it out:

To top it all off, Arjen will be performing as well! He is not a fixed member of the Ayreon Universe band, but will be bringing his guitar along and will join the band on stage for a bit during the show.

Basic info is below, but be sure to visit the Ayreon Universe website for all the particulars.

Looking forward to seeing you all at the show for what is sure to be an AMAZING FLIGHT through the Ayreon Universe.

Cheers from all of us here at the Electric Castle!