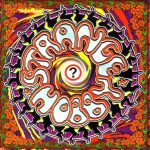 What do you mean, ‘Strange Hobby’? Is it strange for a musician to record the music that once influenced his music and that still has a place in his heart? Still, Arjen Lucassen named his side project ‘Strange Hobby’ and to make it even more strange; the booklet didn’t say who was responsible for the disc…

Arjen Explains: My manager at the time, Harrie Smits, was also the manager of the band Helloween. He told me that the guys in Helloween liked my music. So I got in touch with Andi. I personally think he has a very pleasant voice when he sings the more laid-back songs, so on ‘Flight of the Migrator’ I used Andi very differently compared to how he sings for his own band.

Arjen Explains: I read in an interview that Dan considered me one of his influences. So I began listening to his music (Nightingale) and immediately loved his warm, dark voice. We e-mailed for a while and at some point is asked him if he would be interested in being part of Star One. He didn’t need a long time to think about it! 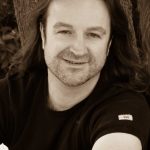 Arjen Explains: His voice reminds me of one of my favorite singers; Robert Plant, although Damian sings completely different and is absolutely not a Plant fan. That’s why his voice can be considered unique. It is clear, and strong, and indestructible. I heard one of his songs (Homegrown) on a Prog collection CD and was immediately impressed.

Arjen Explains: Clive may very well be the biggest name in the English neo-prog scene. I’d seen him perform with Pendragon a number of times and every time I noticed that big sound of one of his synthesisers…